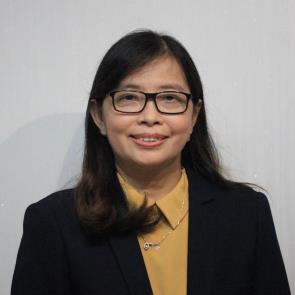 Graduated with a Bachelor’s degree in Accounting Economics from STIE YAI Jakarta, Indonesia in 1993. She started her career at PT Zeuscom Indonesia in 1992 as Accounting staff, and she later joined  PT Zindo Utama (Ziebart) as Accounting & Finance Supervisor, PT Tunas Ridean Indonesia as Audit Internal and PT Tempo Scan Pacific as SOP Specialist. She joined the Company in 1997 as Audit Internal, Accounting Manager, Tax Manager and was promoted to Division Manager in 2010. She was appointed as the Company’s Associate Director on 1 January 2016 and as the Company’s Director on 1 January 2020.