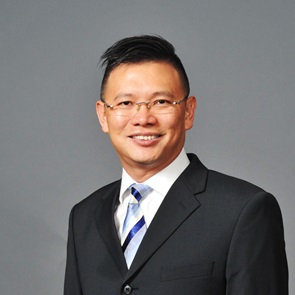 Graduated with a degree in Economics from Atma Jaya Catholic University, Jakarta in 1992, and obtained a masters degree in business law from Pelita Harapan University, Jakarta in 2005. He started his career with Bank Mizuho (formerly Indonesia Dai-Ichi Kangyo Bank) in 1991 as an operation staff and later joined Tempo Group as a Finance Manager, Corporate Treasurer and Branch Office Manager for Jabodetabek. Between his tight schedules, he still found time to be finance management lecturer in the Economics Faculty of Atma Jaya University in the term of 1991 until 2000. He joined PT Metrodata Electronics Tbk ("the Company") in 1997, as a Cash Flow Manager, Treasury Manager and was promoted to the post of Treasury Division Manager and later Corporate Secretary. He was elected as the Director of the Company in 2007 and as the President Director of the Company on 26 May 2010. Appointed as Commissioner of the Company since 23 December 2010 until now.