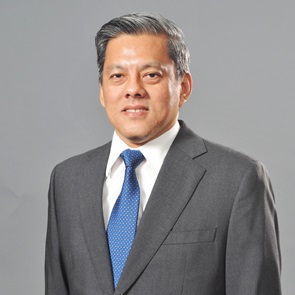 Graduated with a degree in Electronics and Electrical Engineering from Trisakti University, Jakarta in 1985. At the same year, he started his career at PT Metrodata Electronics Tbk ("the Company") as DP Trainee and was promoted to become Division Manager in 1996 and President Director of the Company in 2004. In 2010, he was appointed as Regional Managing Director for the Company’s subsidiary, PT. Soltius Indonesia and in 2011, was reappointed to lead the Company since 1 February 2011 until now.